Evolution, energy and the logistic function.

This is a technical post on how the availability of food energy (kilojoules/ calories) affects population growth and competition. It is technical and is for advanced readers.

I would be very interested in any up to date review as I have been using a model created in the 1800’s with Verhulst’s Logistic Function which mathematically models Malthus‘ ideas. While this seems to work with many things, I would be interested in a more modern model. 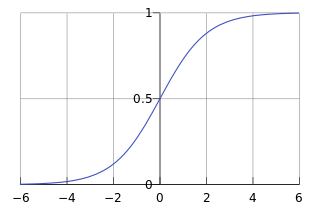 Above is the basic growth curve of the logistic function vs time. (from Wikipedia). The start of the curve shows that the founder population slowly establishes itself, then thrives, then plateaus and finally reaches the peak population density- the carrying capacity of the environment.

“Letting P represent population size (N is often used in ecology instead) and t represent time, this model is formalized by the differential equation:

where the constant r defines the growth rate and K is the carrying capacity.” (Wikipedia)

In a long term natural situation the population has hit the carrying capacity which is determined by the available calories (and predator activity and illness etc). When the Neolithic diet  came along, then the available calories sky-rocketed leading to a massive increase in carrying capacity for humans.
This sky rocketed further with recent advances in agricultural science such as the Haber-Bosch reaction (sustaining 1/3 of the world’s population which might have a ceiling of 5 billion without it), and reduced death rate from medical improvements, sanitation etc.

This model fits with the Neolithic revolution giving us an explosion in population rate of growth (increased birth rate), and increased population ceiling (albeit unhealthy hordes). As calories increase 2 fold with cooking of inedible plant food, then another 10 to 100 fold by the advent of farming, there is a massive increase in carrying capacity/ population ceiling.

I view evolutionary population dynamics as the competition between a number of these Verhulst curves competing simultaneously, as demonstrated below.

The idea is to view the curves as populations that are all competing with each other. The winners will be the ones who grow the fastest (steepest) and the highest.The light blue line might be a pastoral tribe, and the violet line a cereal farming tribe. The red dashed line would be a hunter gatherer tribe who would be swamped by the others. I would put my money on the light blue and violet tribes in this example.

This perspective takes the view that evolution is a competition for energy. This is something of a contrast to the usual focus of it being a competition among different DNA’s for pre-eminence. Which is the primary competition? You be the judge.

Malthus foresaw a nasty finish in his work- A Malthusian catastrophe (also known as Malthusian check) was originally foreseen to be a forced return to subsistence-level conditions once population growth had outpaced agricultural production. There have been many population catastrophes in history, and many are described in Jared Diamond’s fascinating book Collapse: How Societies Choose to Fail or Succeed. A huge difference between hunter gatherers and Neolithic farmers is that hunter gatherers improve the habitat, whereas farming methods generally destroy it. The oldest clay tablets from Mesopotamia (Stephanie Dalley, Myths from Mesopotamia) include references to wheat farms causing salinity of the soil.

Catastrophes always remind me of Rene Thom’s catastrophe theory which is a straightforward and useful theory that all scientists would benefit from knowing the simple basics of. Essentially when things go wrong in the natural world, it is more like a fall from a cliff than a stroll down a hill. One of the corollaries of catastrophe theory (seems to me) is that by the time it is statistically proven that the catastrophe will occur, it is too late to stop it (think avalanche, broken rubber band, light switch etc). This is why I don’t really get into climate change data- because by the time we have irrefutable evidence, it is too late already to stop it. So if we don’t have proof then it is no comfort to me, and if we do have proof then it is already unstoppable. I think this Leunig cartoon sums it up.

Ubiquities and other chronic confounders

When looking at health and chronic disease, there is a never ending confusion. The most powerful yardstick is to find the root cause of a chronic disease. The root cause of most diseases has eluded science thus far, despite intensive research. Therefore we sit in hope, waiting for breakthroughs. Medical science often uses large population studies and powerful statistical methods, however even these methods often fail to produce results. One reason is that they cannot penetrate the smokescreen of common things- we “cannot see the forest for the trees”.

This reminds me of Geoffrey Rose’s classic paper on the limits of epidemiology. Sick Individuals and Sick Populations.  “If everyone smoked 20 cigarettes a day, then clinical, case-control and cohort studies alike would lead us to conclude that lung cancer was a genetic disease; and in one sense that would be true, since if everyone is exposed to the necessary agent, then the distribution of cases is wholly determined by individual susceptibility.”. The moral being that UBIQUITIES cannot be detected by clinical, case-control or cohort studies. This is very noticeable in hypertension research due to the effect of salt- in industrialised countries it is universal/ ubiquitous for people to consume excessive amounts of salt.

In our case of Paleolithic diet- we must realise that Neolithic diet is ubiquitous. Therefore researchers will NEVER identify that it is causative of most diseases, unless they compare to a Paleo eating cohort. Because almost everyone eats a Neolithic diet, this will continually confound researchers.

Just as Dr Rose said regarding a population where everyone smoked, medical research often indicates that certain diseases are genetic when in fact they are are related to the ubiquitous Neolithic diet. For example, suppose that a particular gene gives you absolutely no risk of disease if your folic acid intake is the Paleo intake of the last 2 million years, but puts you at increased risk of disease if you have a lower intake of folic acid, such as commonly found in many Neolithic diets. Some people would say that you have a genetic disease, but it is obvious that it is also a nutritional disease, as with the right intake of folic acid you  are well. This is a gene-nutrient interaction. In this case the gene is not defective, it really is not a genetic disease per se, it is a case where the gene is a risk factor for the illness, the defect is that it is a susceptibility gene. Unfortunately it is probably a similar situation with many alleged discoveries of genes that “cause this” or “cause that”. If a gene puts you at risk of disease if you eat junk food is that a disease or just karma?

There are a number of other ubiquities and we should also add to the list chronic infections, some of which are almost ubiquitous.
Lead poisoning- until the massive EPA lead campaign began in 1990, 88% of American children had lead exposure sufficient to be called lead poisoning (and most of the other 12% with levels which have also been proven to have harmful effects). Lead has profound effects on many tissues of the body, via various mechanisms, particularly involving its similarity to calcium and magnesium, such as the important enzyme protein kinase C, and vitamin D. Lead is a known risk factor for hypertension cancer and heart attack.

Trace mineral deficiency, such as iodine deficiency
Glutamate exposure
Salt intake
Cereal
Dietary acid load
Another important group is lifelong or prolonged infection, many of which are very common:

EBV (Epstein-Barr Virus infection, commonly known as infectious mononucleosis or glandular fever) affects around 90% of people by age 30 in urbant populations, and it invades T-cell lymphocytes and remains in them forever, permanently affecting your immune system. Retinol (the animal form of vitamin A, found in cod liver oil, or any other liver or kidneys) knocks out EBV but not many people eat liver or kidneys etc.

CMV (Cytomegalovirus) is a close relative of EBV and is also knocked out by retinol.
Chlamydia is interesting. Around 8% of birds are infected, and have it for life. The more I test for it (pneumonia cases) the more I find.